It seems to be a hot button topic for this generation, and why not? Gas prices have risen to all time highs worldwide. While the last few months have seen sizeable reductions from record highs, fuel costs still sit at a sizable level and make a tremendous difference in one’s monthly budget. For this reason, it is very important that alternative energy sources are explored. And one shouldn’t forget about one of the oldest and best forms of transportation for everyday travel: bicycles.

Cars give pollution. There is no getting around it. Even the cleanest car technology exudes something. The bicycle only presents the simple physics of the rider and two wheels. When you choose to make many of your regular trips by bike, you are giving the environment a chance to rest and recover from the damage freeway traffic has done to it. The more people on two wheels, the better!

Cars create traffic jams, bicycles keep moving in locations that are difficult to move. Who isn’t angry at the traffic jam in their life? Nothing is more monotonous than sitting in the light for five to ten minutes. With a bicycle, you may not be able to get to the higher car speeds, but the fact that you have to stop much less often gives you an advantage that shouldn’t be underestimated.

Parking is always easy by bike.

You can always find a place to chain your bike, even in busy shopping malls and bustling strip malls. Of course, there are fears that your bike might be stolen, but cycle shelters have recently become a much-needed addition to two-wheeler technology. When you take your bicycle to a bicycle shelter, you have protection and assurance from criminals.

You don’t have to “load up” the bike.

Even a cheap economy car can cost you $ 100 or more per month to keep it running. The reason, of course, is the constant demand for gasoline. Bicycles have no such requirements. You don’t have to worry about being stranded in the middle of nowhere on a bike because you forgot to fill up.

When you leave your house or pick up your bicycle from the bicycle shelter, you are much safer than in the car, because you are less distracted. It’s harder to text or talk on the phone on a bicycle, and much easier to be one with nature instead of a car stereo. 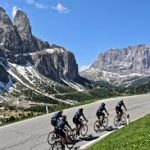 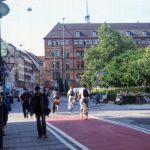 Cycling Munich: The Best Way to See the City

Are Cycling Shoes Supposed To Be Tight

Overview For cyclists, comfort, safety, and performance all...
Cycling
January 31, 2023The Bicycle Doctor

Introduction Cycling is a popular physical activity that...

If you are a cyclist are searching for a perfect place where you can get important tips that can improve the overall quality of the bicycle, then you have come to a perfect place. We have a team of experts that are continually updating crucial tips related to the bicycle that can take the riding experience to the next level.  We will surely give you information about important gears that can quickly eliminate some complicated problems from your life. Our team is also providing the details of the best bicycles that you can buy at nominal worth.